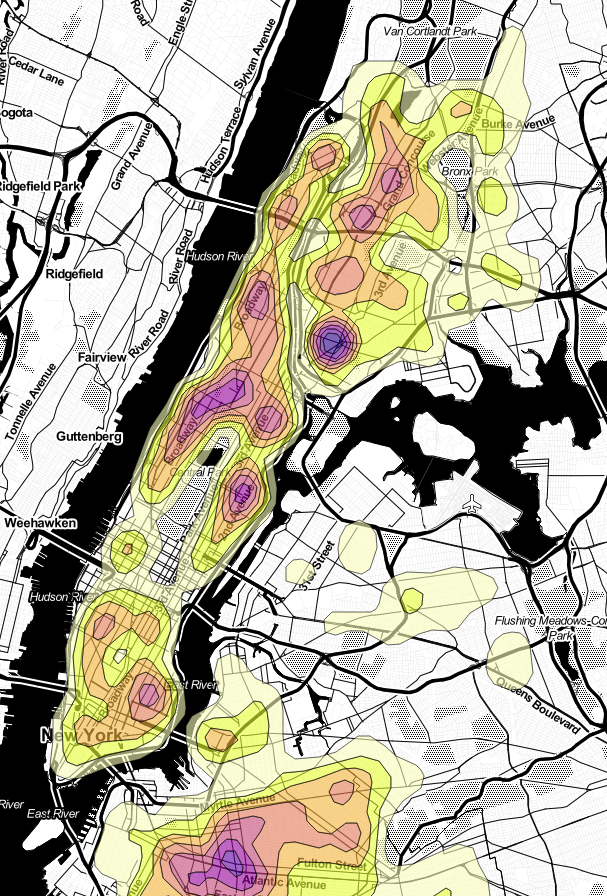 A recent analysis conducted by Vanessa Mateus has revealed the most rat-infested neighborhoods in New York City. Her data set was based on complaints to 311.

No surprise, Ms. Mateus found that Staten Island is the least ratty borough. Queens was also relatively free of them. Brooklyn, Manhattan, and the Bronx, however, have plenty of room for improvement. For Brooklyn, Bed-Stuy, Crown Heights, Bushwick, Clinton Hill, Prospect Heights, and Park Slope fared the worst, with the intersection of Bedford Avenue and Fulton Street being the most severely infested part of the borough. Manhattan, meanwhile, had major infestations in Alphabet City, Chelsea, Washington Heights, and Inwood, though the worst areas were found on the Upper East Side, the Upper West Side, and across Harlem. For the Bronx, there were several areas plagued by rodents, particularly along Grand Concourse.

Citywide, the South Bronx seems to have the highest concentration of rats.

Some other interesting insights from the report include that 66% of rat sightings occurred within 330 feet of a food-related business, that 35% occurred within or along the perimeter of parking lots, and that the subway system is their least preferable urban structure.

In something of a surprise at a Crain’s forum on Wednesday morning, many members of the New York City Council revealed that they are also tired of the cumbersome land-use review process and the kneejerk NIMBYism of housing activists. Councilmember Francisco Moya (D-Dist. 21) lamented about how his support for a mixed-income development that would bring 120 units and a Target to Elmhurst was furious opposed, while Councilmember Ritchie Torres (D-Dist. 15) went so far to say that the previous council gave too much power to local councilmembers who have traditionally had the final say over whether or not a project gets the green light. As he is one of the most prominent rising stars in local politics, this could mean a major sea change in how development deals are approved.

China is hoping to create a global electricity network, Ethiopia will sell off its state assets to the highest bidder, and hedge funds have decided to short Italian bonds because the new governing coalition in Italy is poised to make a series of extremely bad financial decisions in the coming months. The Chinese telecommunications behemoth ZTE will pay the United States $1 billion in exchange for ending sanctions, American consulate workers in China have recently fallen ill because of a suspected sound poisoning, and there were more than 50,000 border arrests for the third month in a row. President Donald Trump will head to Canada this weekend to meet with other G7 leaders who have been vocally critical of many of the president’s recent decisions on trade; Mick Mulvaney, acting director of the Consumer Financial Protection Bureau, liquidated the agency’s 25-member board and will replace them with people who are more sycophantic to business interests; and Democrats increased their chances of taking both legislative chambers after Tuesday’s primary elections. Meanwhile, the White House hopes to combat the opioid epidemic with a series of public service announcements that target young adults, blitzes of soda ads are timed to coincide with food stamp distribution days, rural America has both too few dentists and too few jobs that either pay enough to allow one to see a dentist or offer dental insurance, the U.S. healthcare system is considered to be the 37th best in the world, it’s evidently really hard to obtain the franchising rights for a Chick-fil-A, Dunkin’ Donuts will finally switch to paper cups, and you may be charged with a misdemeanor if you try to kill your neighbors’ trees. A light rail line that utilizes an existing freight line between Long Island City and Jamaica initially championed by former City Councilmember Elizabeth Crowley may still become a reality, Ellis Island will receive $33 million to repair its seawall, Kushner Companies has sold its stakes in two of its most potentially lucrative Brooklyn properties, some new developments have super swanky mailrooms where residents can hang out and talk about all the mail they no longer get, and the New York City Council plans to investigate the city’s failure to properly ensure the safety of rooftop drinking water tanks.

The world is becoming less peaceful, American children don’t learn well when it’s hot outside, brine shrimp contribute to ocean mixing, the average cyclone moves 10 percent slower than it did 70 years ago, Florida’s mermaid and merman (as well as the gender-neutral merperson) industry is doing swimmingly, there is an app for ticks, we have cured at least one form of turtle cancer, scientists have created a 3-D printer that builds temporary electronics on your skin, and there are children in the world who have the DNA of three parents. 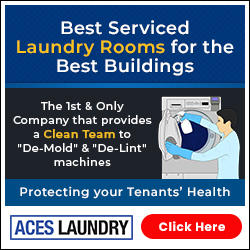 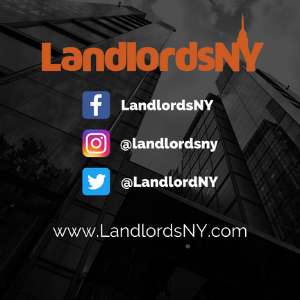