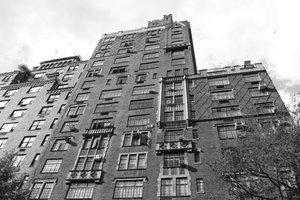 Despite skyrocketing property values, 9,501 acres of non-city-owned land in five boroughs is zoned for residential development and vacant. In some cases, the land has not been developed because it would literally be impossible to build anything on it. For others, the problem is that development would be difficult—the lots are either small, narrow, shallow, or simply weirdly-shaped.

Because land prices continue to rise, developers throughout New York City are beginning to reconsider these irregular lots. They are also discovering innovative ways to turn a profit and work around features that less daring developers would have seen as insurmountable obstacles.

While some are applauding developers’ ability to turn lots that were once considered unusable into housing, others believe that these properties should be converted into gardens or parks, particularly in lower-income neighborhoods that often lack such community amenities.

The New York Times has more.

Prime Minister Pedro Sánchez of Spain will call a snap general election in April, the largest election ever to take place in Africa will happen tomorrow in Nigeria, and China and the United States will continue to negotiate a trade deal next week after a week of talks that have produced some degree of progress. Congress passed a spending bill that will prevent a government shutdown, President Donald Trump—who is now officially obese—declared a national emergency and demanded $8 billion in funding for a border wall with Mexico after not getting $5.7 billion in funding from Congress for his unpopular wall, and Amazon has decided that it will no longer build half of its second new campus in New York City. It will, however, still add to its footprint here and expand in smaller cities. Many local business owners and real estate professionals in Long Island City are irate over the decision. In related news, New York City added 71,000 private sector jobs between December 2017 and December 2018, New York City has more STEM workers than any other city in the U.S., many economic historians would agree that a significant part of New York City’s success as a city is due to its diversity of industry (unlike, say, Detroit), many economists have noted that sweetheart incentive deals for corporations often fail to produce the promised gains in jobs or tax revenue, Amazon paid $0 in federal taxes last year on its $11.2 billion in profit, and Long Island City could now become a life sciences hub instead of another Amageddon. Another fun fact: Johann Wolfgang von Goethe published Faust Part I over 200 years ago. A historian claims that Lombardi’s was not the first to introduce pizza to New York City, Manhattan’s Community Board 3 shot down a developer’s plan to build a 10-story office building on St. Mark’s Place (yes, that St. Mark’s Place), and Brooklyn’s Community Board 2 plans to go beyond the usual review process while evaluating the plan to repair and rebuild the portion of the Brooklyn-Queens Expressway that runs between Atlantic Avenue and Sands Street.

Valentine’s Day may be based on the Roman holiday Lupercalia (which was celebrated on February 15), “dog mode” is a thing, drivers who are under the influence of opioids are twice as likely to cause a fatal crash, NASA wants to get back to the moon “as fast as possible,” former MLB star Jose Canseco claims to have received the secrets to time travel from aliens, there is evidently a “’zombie’ deer disease,” and there is parallel universe in which Jon Secada is still very popular.