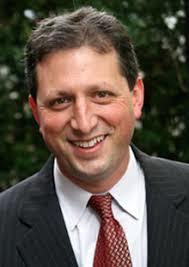 The New York City Council voted in favor of Int 1004-2018 yesterday. The legislation, which was sponsored by Councilmember Brad Lander (D-Dist. 39), creates a pilot program that allows for the conversion of some basements into apartments in Brooklyn’s Community Board 5 (East New York, Starrett City, Cypress Hills, Brownsville). For more on the program, you can read our What Landlords Need to Know post on the subject here.

Concessions have risen in Manhattan for nearly four years in a row. That streak, however, finally came to an end in January. 44.5 percent of leases contained some form of landlord concessions last month, down from 49.3 percent in January 2018.

Jonathan Miller, CEO of appraisal firm Miller Samuel, says that the decline is likely a result of disruptions in the sales market. Because more potential buyers are waiting to make a move, this means they are staying in the rental market longer.

The Real Deal has more.

Egypt’s Parliament approved legislation that will allow President Abdel Fattah el-Sisi to rule until 2034, Europe’s middle class is shrinking, Germany reported that gross domestic product growth in the fourth quarter of 2018 was flat, China’s exports in January unexpectedly jumped 9.1 percent from January of 2018, United States investment in China increased by 124.6 percent in January, and the House of Representatives passed a resolution to pull all U.S. armed forces out of Yemen. Former chairman for President Donald Trump’s 2016 campaign Paul Manafort allegedly violated his cooperation agreement with federal prosecutors by repeatedly lying and may have torpedoed his own plea deal, former attorney general William Barr is expected to be confirmed as the new attorney general later today, Federal Emergency Management Agency head William “Brock” Long resigned yesterday after facing criticism for inappropriately using federal vehicles, the Environmental Protection Agency unveiled a plan to eventually take action on toxic “forever” chemicals that are found in U.S. water supplies, the Senate’s conservation bill that was passed yesterday included a giveaway of nearly a half million acres of public lands in Alaska, the privatization of military housing has left many families living in conditions akin to those found in buildings operated by the New York City Housing Authority, Congress may diminish the White House’s trade authority, worse than expected retail sales caused stocks to open lower today, Midwestern manufacturing plants are recruiting new workers from Puerto Rico, the shortage of available housing in Buffalo is beginning to ease, over half of the $2.05 billion in real estate investment sales in the Bronx last year was spent in the South Bronx, Blackstone Group has acquired a warehouse near LaGuardia for $55.5 million, L train service will be reduced to one train every 20 minutes during nights and weekends starting in April and lasting until some point in time that is a long way away, the New York City zoning laws are now accessible online, and a plan to connect Greenpoint and Long Island City via timber bridge is evidently gaining steam.

A blue muppet of unusual size is warning Dutch people about Brexit, the New York City Council wants sirens to be less alarming, acclaimed singer-songwriter Ryan Adams is evidently a creep, exercise can defend against depression, NASA’s Opportunity is calling it quits after being hit by a particularly severe Martian dust storm, photons don’t play by anyone’s rules, and a new mapping of dark matter is blowing physicists' minds.