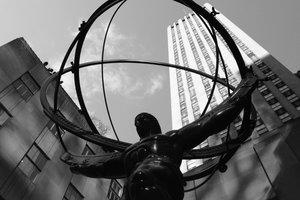 A new tool operating under the domain name WhoOwnsWhat.nyc allows the public to discover who owns any property in New York City without having to spend hours digging through financial records, public documents on ACRIS, and registrations with the Department of Housing Preservation and Development. Rather than simply reporting back the name on the deed, which is typically a LLC, the site can reveal the actual organization or individual behind the faceless corporate entity. The site also allows those who use it see statistics such as the number of total violations against a property, the number of open violations against a property, and a building’s eviction rate.

Homebuilder stocks took a beating on Tuesday following Toll Brothers’ announcement that their fiscal fourth-quarter orders missed estimates due to weak demand. While it is well known that the homebuilding sector has been struggling because of rising mortgage rates and increasing construction costs, the news suggests that the luxury subsector, of which Toll Brothers is one of the largest players, could be especially vulnerable to a weakening housing market.

The chief of Canada's spy agency said that economic espionage and cyber terrorism are now greater threats to the nation's prosperity than terrorism; a digital campaign launched by Russia is targeting Americans' faith in the United States justice system; and Central Intelligence Agency director Gina Haspel held a closed-door session with leading members of the Senate yesterday where she presented classified evidence that more than just suggests that Mohammed bin Salman, the crown price of Saudi Arabia, orchestrated the murder of Washington Post journalist Jamal Khashoggi. Facebook gave certain companies like Airbnb and Netflix privileged access to users’ accounts, the email accounts of four senior aides for the National Republican Congressional Committee were hacked for several months until the intrusion was detected in April 2018, the U.S. plans to suspend the 1987 Treaty on Intermediate-Range Nuclear Force unless Russia ceases its alleged violations of the treaty, Russian President Vladimir Putin said that such an act could lead to an arms race between the U.S. (which spends just under $700 billion on its military) and Russia (which spends just over $55 billion on its military), global markets are down following a significant decline in U.S. markets yesterday that came in the wake of a series of presidential tweets indicating that the delicate cease-fire in the trade war between the U.S. and China could very easily be upended, and markets are closed today as a show of respect for former President George H. W. Bush. A state funeral for the 41st President is taking place right now. New York Federal Reserve President John Williams said that the state of the economy is strong and that it is likely that there will be continued rate increases in the coming year, Vice Chairman of the Federal Reserve Richard Clarida agreed, flattening yield curves indicate that economy could be entering into bear territory, there was a triple rainbow in Maine yesterday, and the final farm bill will reportedly allow more farmers to cultivate hemp. Some state and city leaders are beginning to believe that the additional tax revenue that would come from legalizing recreational cannabis in New York could help pay for badly needed subway repairs, an estimated 57 percent of all cigarettes smoked in New York are brought in from out of state, a systemwide ban on alcohol for all rail lines operated by the Metropolitan Transportation Authority (NJ Transit, Long Island Railroad, and Metro North) will be in effect during this weekend’s Santacon, the New York Police Department announced that it will deploy 14 drones to be flown by a select team of 29 officers, the Apollo Theater is expanding, and Mayor Bill de Blasio has gone from spending an average of 19 days in City Hall (2014) to spending just ten days there through September of this year. One consequence of his “special” managerial style is that people who screw up in dramatic fashion don't get fired.

Rome hopes to avoid having the world's ugliest Christmas tree for the second year in a row, the world's largest menorah was erected in front of Manhattan's Plaza Hotel last week, Chattanooga is home to an ice menorah, many Russians in Kaliningrad believe that Immanuel Kant is a traitor for identifying as a German while alive (largely because the aforementioned city was a part of the proto-German province of East Prussia when the celebrated philosopher was writing his pioneering work on deontological ethics), thousands of eels were confiscated at a German airport, deodorant is apparently being disrupted, and Lime has been awarded “Disruptor of the Year” because it allows people to almost effortlessly use dockless scooters to injure themselves and disrupt their lives with broken bones and concussions.